An essential component of match preparation is to prepare your player for their opponents. While I was coaching on tour, I carried a notebook with me. During matches I would scout opponents’ weaknesses and tendencies, and then put them in my notebook. This notebook now contains scouting reports on more than 150 players. Real examples from my notebook, with names taken out, include:

A coach’s first job when watching a match is to observe what is happening in the match. Concerning tactics, this involves noting opponents’ strengths and weaknesses. Next, a coach should come up with a general game-plan on how to exploit a weakness. This can be as practical as noting what has worked against an opponent, or alternately, a coach can use his experience and creativity to develop plans of attack. Lastly, the coach should tailor a plan of attack specifically to his player.

The next point I want to stress is how not all points are created equally. Players are more likely to reveal their tendencies in the crucial points. I paid special attention to points when games reached 30-30 or matches reached 3-3. I made sure to jot down in my notebook all unforced errors, serve directions, and, other patterns I could see at crucial times in the match.

Let me demonstrate with another example, this time with the player’s name, to make it more interesting. Victor Hanescu, now retired, was once ranked as high as 26 in the world (and also a great guy). He had several battles with my player, Dudi Sela. After matches, while going over my notes, I discovered that when Victor was serving and down break-point on his second serve, he had a strong tendency to serve-and-volley. Not only was this insight helpful for Dudi when he played him again, it was also helpful several years later for my next player, Alex Bogomolov. When Alex played Hanescu in Miami in 2011, he had trouble securing break-points. In fact, his first break-point on Hanescu’s second serve wasn’t until when Alex was up 6-5 in the third. Predictably, Hanescu served-and-volleyed. Because of our preparation, Alex was fully ready to hit a passing shot to clinch the match.

There are two reasons for taking notes on opponents and coming up with a game-plan for your player. The first is obvious: by knowing the opponents’ tendencies and exploiting their weaknesses, the player has a better opportunity to win. The other reason, however, is psychological. When a coach gives simple directions to his player, it helps quiet the player’s mind, focus him, and ultimately bring him confidence. A word of caution: if you aren’t sure about a tactic, share that with your player. If you aren’t sure about an opponent’s tendency, or aren’t sure if your player can execute a game-plan, let him know! It is better to be honest and build trust with your player than to be wrong and give bad advice.

Lastly, there is plenty to learn from your player—treat it as a partnership. Sometimes, the player on the court can see and feel things from their opponent that aren’t as obvious from the player box. Be sure to ask your players what they see and experience on the court. Some of the best insights in my notebook came from talking to my players after the match. 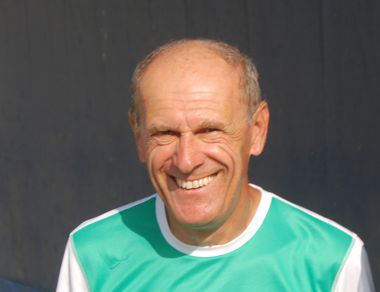 Inducted into the Russian Tennis Hall of Fame, a professor with two Doctorate’s degrees in Science, and a coach who guided Mikhail Youzny to an ATP Tour no. 8 ranking

The Story of Byron, Wayne, and Cara Black

What Makes A Great Doubles Player?