The old man bent down, picked up a tennis ball and placed it in a basket that had a hosepipe attached for a handle. His name was Madala, which in the Shona language of Zimbabwe means, ‘respected old man’. He was not from Zimbabwe but Malawi and he had no family of his own except for Don Black’s family.

“We hit millions of balls,” says Wayne, “but never picked up any. When we were not playing, he (Madala) picked up balls for Dad’s other lessons. He was with us about twenty-five years. We buried him not long after dad passed away. Madala was lost without my old man.”

“They were like two peas in a pod,” remembers Cara. “My dad believed in feeding hundreds and hundreds of balls every lesson and Madala never ever complained once about picking up so many balls. He was really a very peaceful man.”

In the predawn chill of an African winter, Byron and Wayne are shivering. Though the little boys are wearing woolies their homestead sits at an altitude of five thousand feet and the air bites cold. Through the darkness they cannot see the other side of the tennis court but the occasional thwack of a tennis ball striking a bucket lets them know their serve found its’ mark. Their father, Don, is sitting behind them in a deck chair wrapped in a wool blanket and holding a hot water bottle for the boys to warm their fingers when they go numb from cold. At first light, they begin volleying against the wall. Exactly twenty minutes later it is time for stroke and drill. 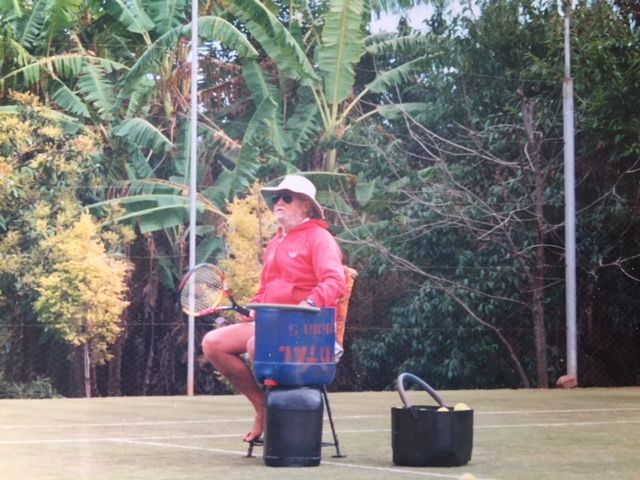 “80-95,” Don Black barks out the score. Still sitting in a deckchair, he feeds balls to Byron who is hitting down the line. Foxwell, a farmhand dressed in blue overalls, is throwing balls to Wayne who hits crosscourt.

“Foxwell got pretty good at throwing,” laughs Wayne. “He would rare back like an American baseball pitcher and he could put the ball on a dime.”

“There was never a day off,” Wayne continues. “Christmas and holidays did not matter. We did not do anything but school and tennis. Each morning practice would finish with Byron and me having a race from one hundred points backwards by hitting balls at the bucket. If the ball landed in the bucket it was worth ten points and if it hit the bucket it was five points. We got really good at it. We could do it in about ten to fifteen minutes tops. Then we would do sit-ups and push-ups.” “It became a routine,” recalls Byron. “Wake up…
To read the full article
log in subscribe now
More articles
Journey